COME FLY WITH US!

The Huffman grid has a long history with its initial rendition as Huffman Prairie, the first United States Air Force (USAF) immersive 3D-world virtual grid. Over the years, the grid has evolved with newer capabilities but has retained its initial charm and emphasis on the story of flight and the amazing ways aviators have sparked the imagination for art-of-the-possible with new frontiers and discoveries. Upon arrival to the grid, visitors are placed on the original aviator dial landmarking the entry into the first virtual Huffman Prairie campus. A Robert Heinlein Space Port welcomes visitors and serves as the gateway to a vast flight center supporting flying, ballooning, parachuting, and space travel. A Huffman Flight Academy is also provided offering a Wright Flyer for flying along with several ultralights to use for aerial sightseeing. A helicopter is also available for use. The original Barbara Truman tribute planetarium is located on the Huffman grid and offers an automated solar system to explore. Also, the Huffman Observatory is located adjacent to the Heinlein Center. The national award-winning Mars Expedition simulation is hosted and starts at Huffman. Simulation participants start by taking a reusable rocket booster to the International Space Station (ISS) and/or via a lunar station on Earth’s moon for continuing the journey to Mars. The booster returns to Earth to land on a floating barge. Upon completion of the Mars Expedition simulation participants return to Huffman in a capsule as it glides gently back to Earth, supported by large deployed parachutes, for landing safely in the ocean. 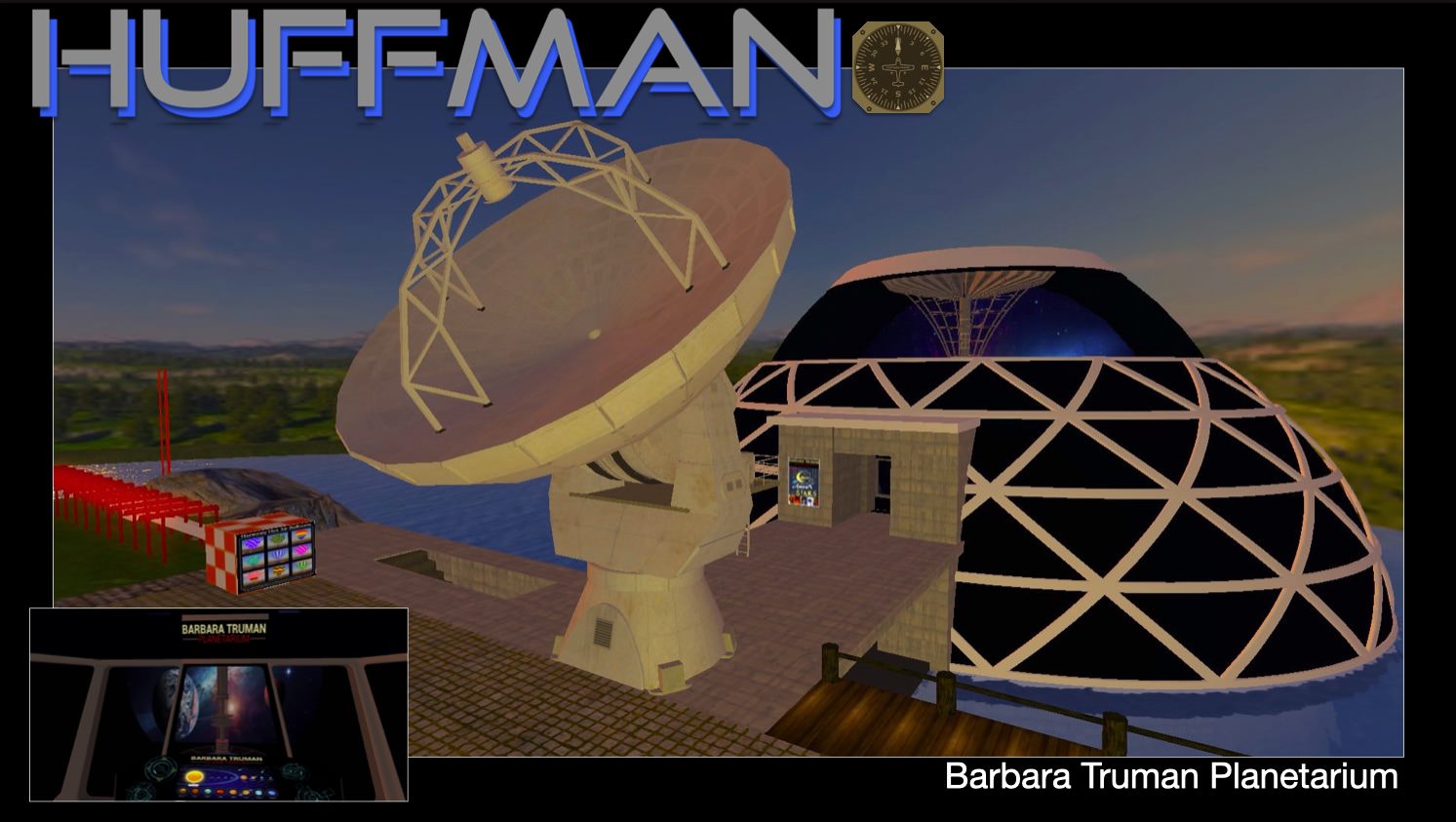 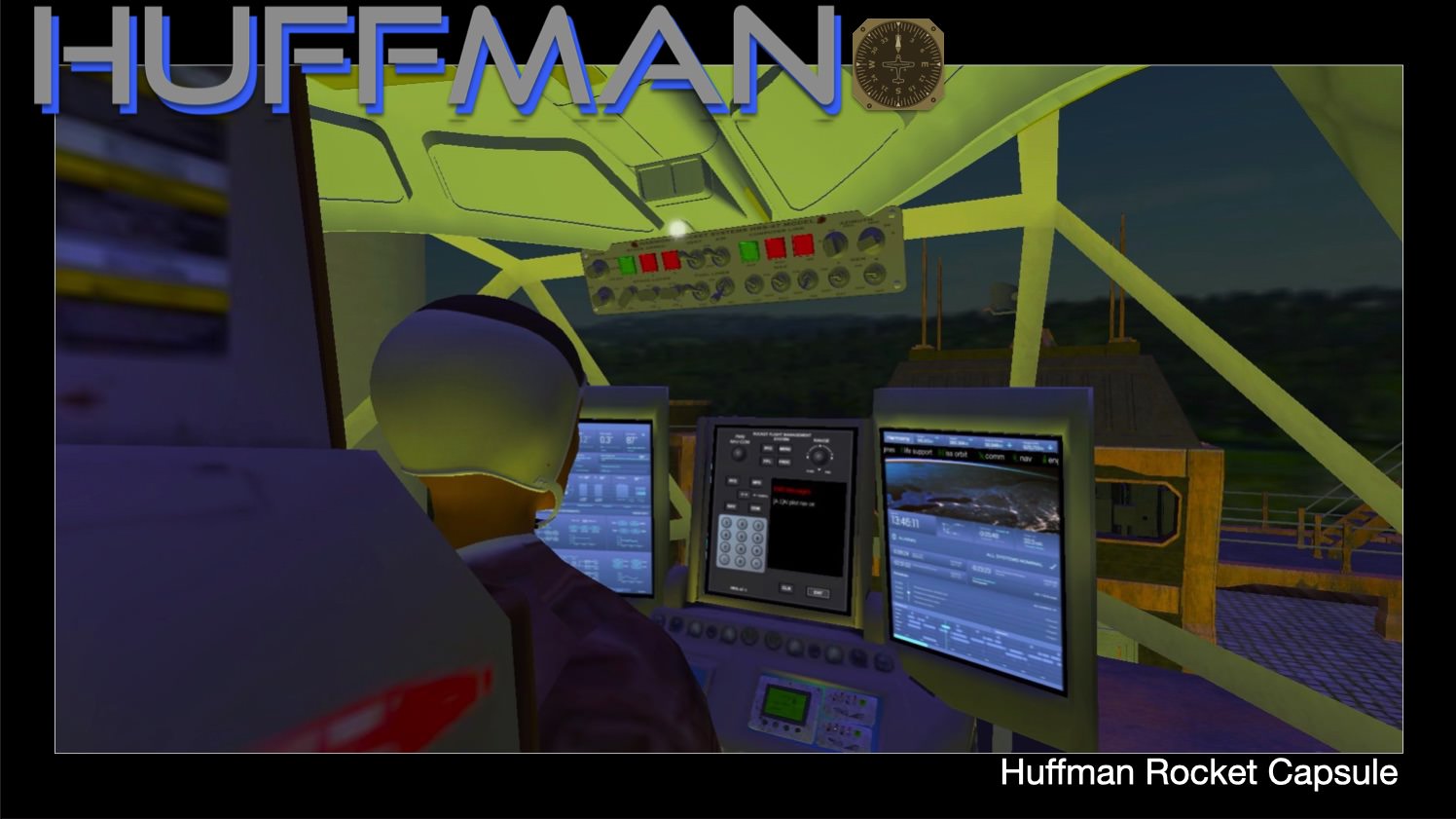 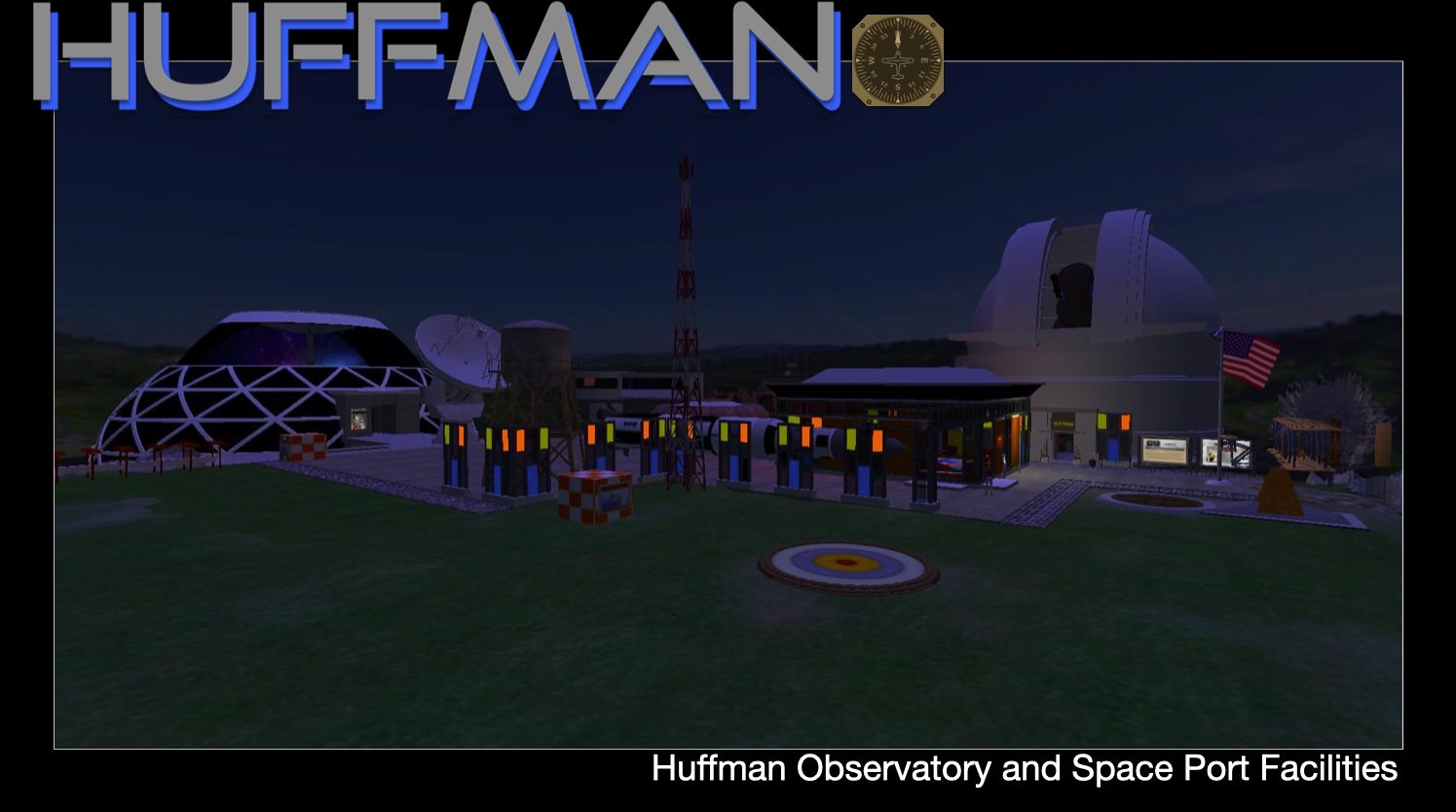 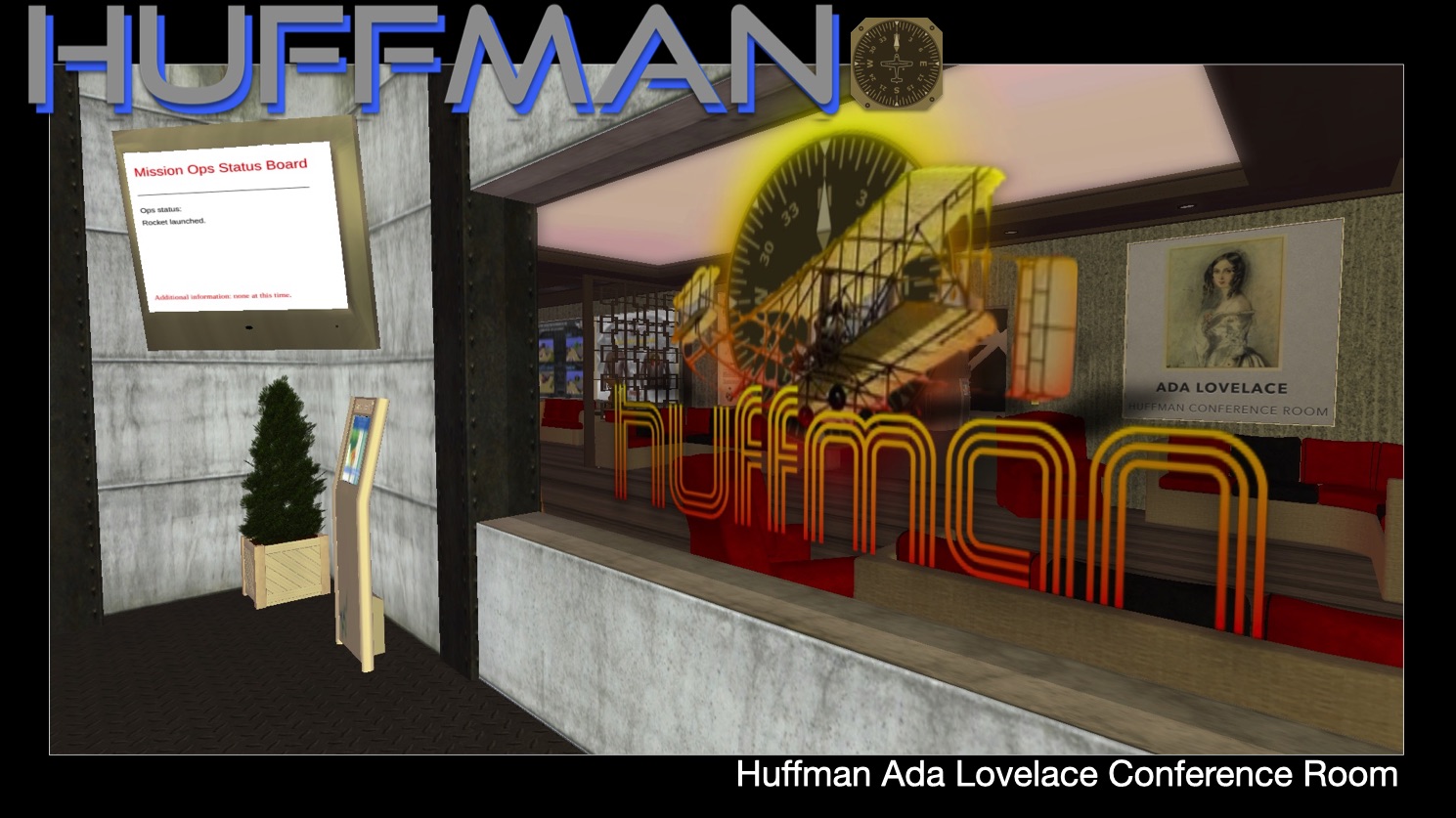 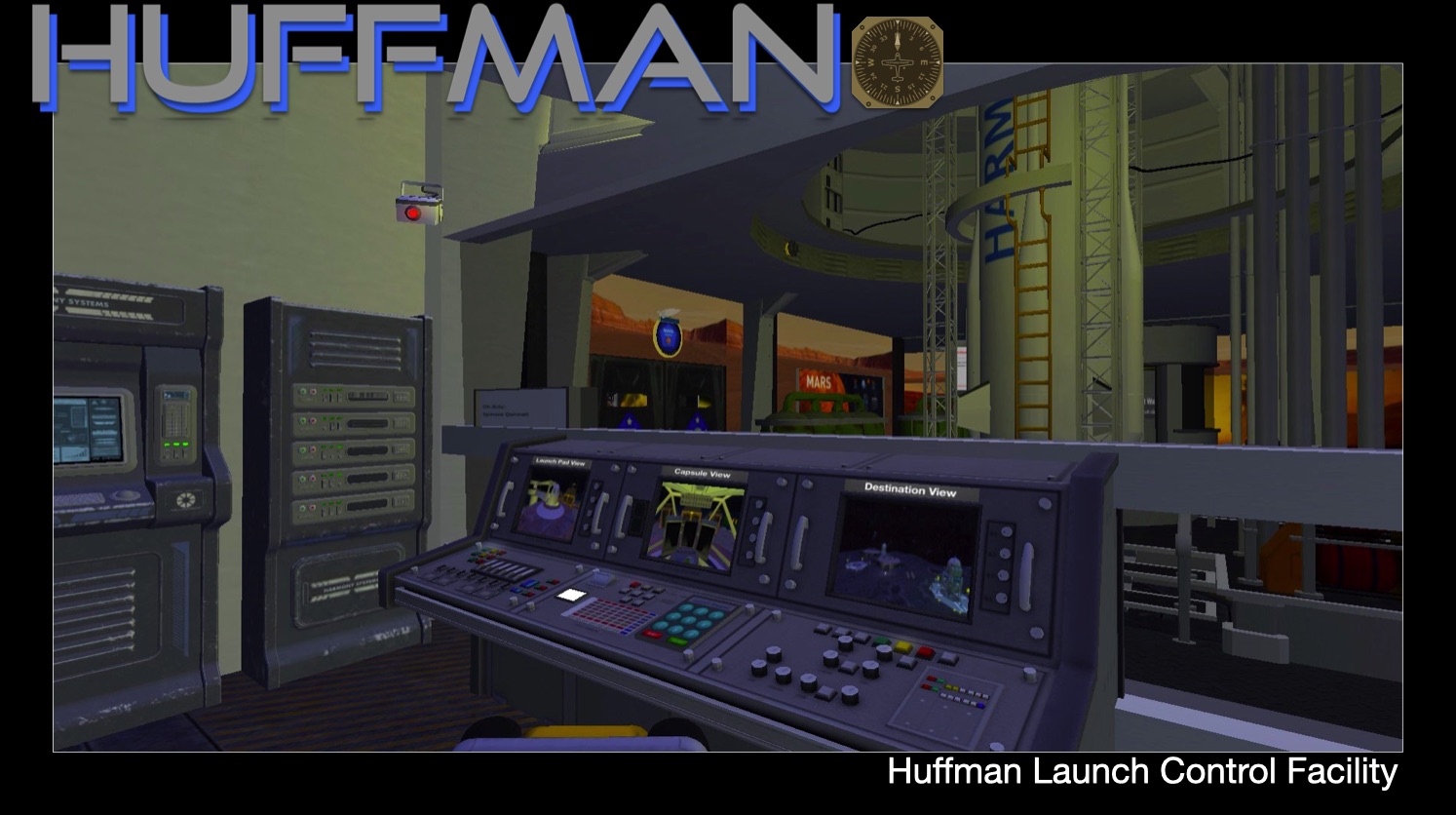 Virtual tour and hospitality suite for the Huffman grid 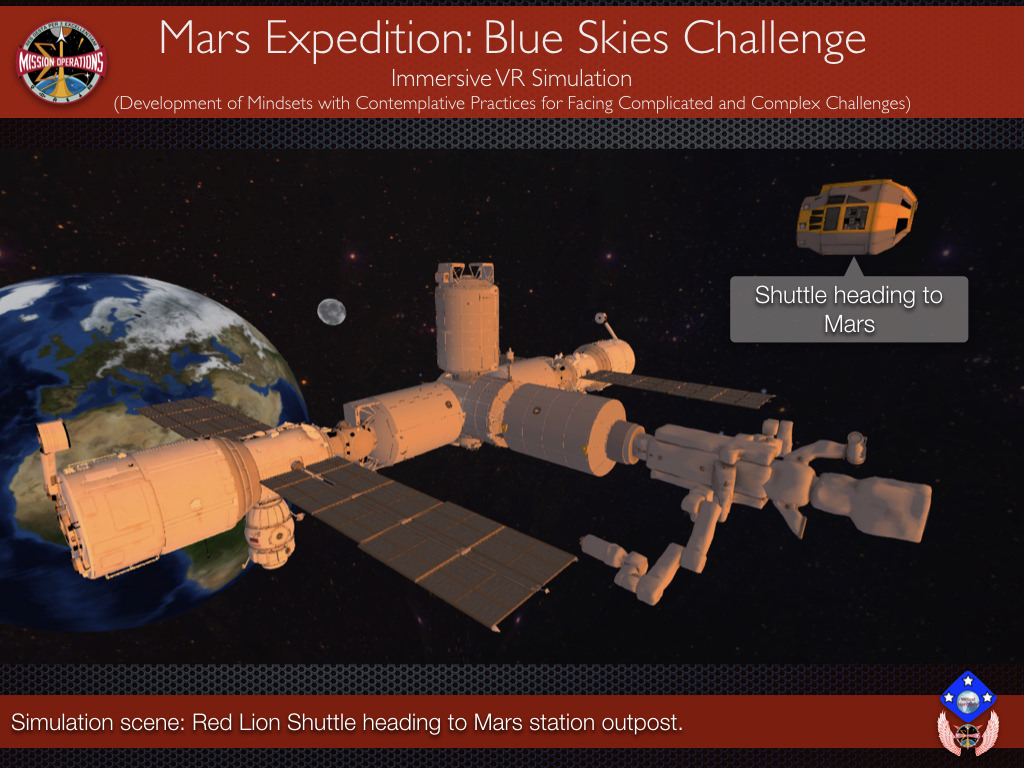 Mars Expedition Simulation can be played by teams and individuals to learn about complexity by addressing challenges of human space flight. 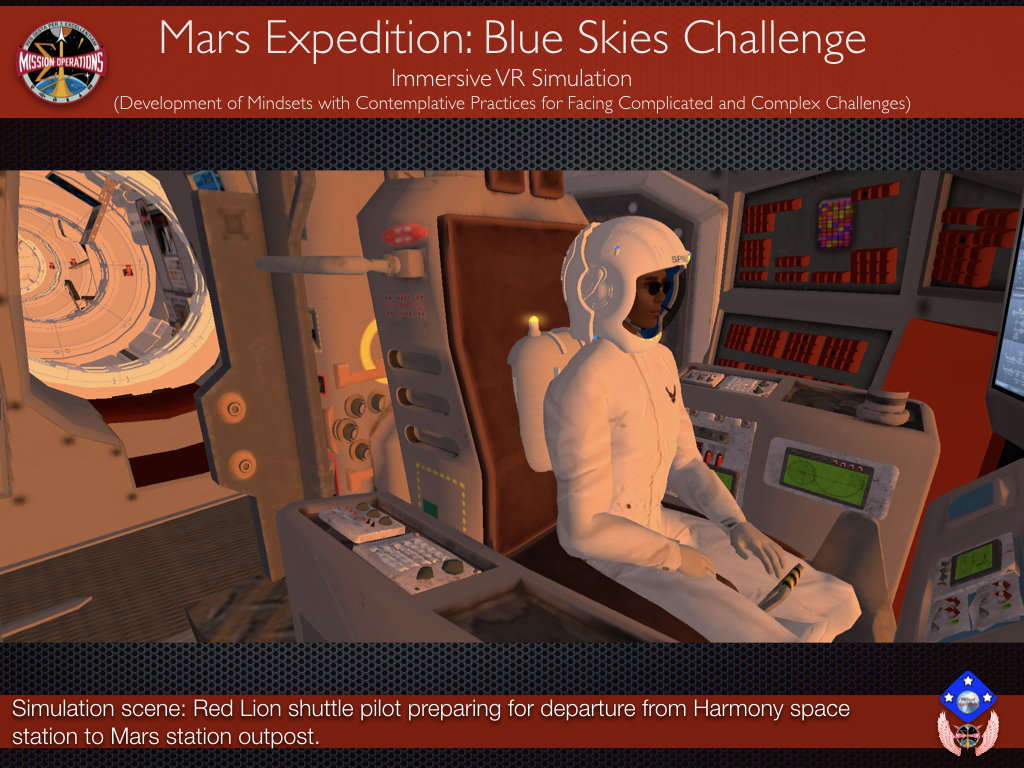 MORE FROM THE VIRTUAL HARMONY COLLECTION